2 pounds of caterpillar in a 1 pound coffee can 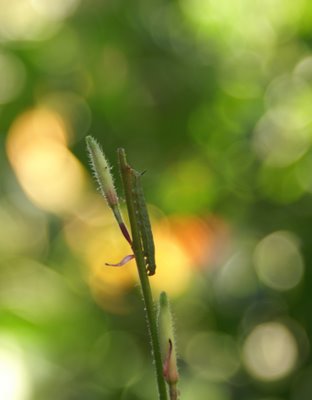 I the tiny horn on the rear end of this small sphinx moth larva caught my eye as I walked by one recent morning. The caterpillar was not moving, even when touched.


The next day it appeared to be starting to molt. 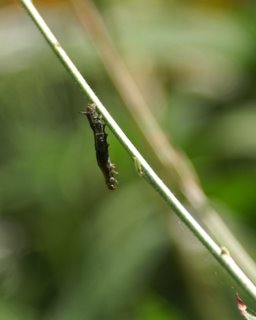 The following day it had emerged as this much larger more colorful version of itself. How do they fit that much caterpillar into such a (formerly) small package? 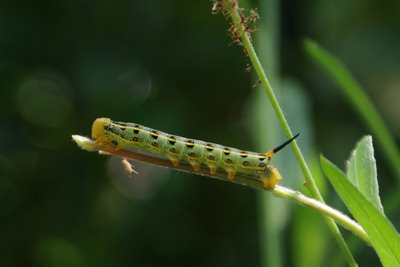 I found a reference (enchantedlearning.com) that says the newly molted caterpillar swallows a lot of air, thus puffing up its new, soft exoskeleton to a larger size while it is hardening. This, they explain, gives the caterpillar room to grow into its new exoskeleton, until it too becomes too small and the process repeats. That seemed a bit simplistic when I read it, but this article bears out the puffing up process, at least in part. It says enlargement of the body via intake of air helps the old exoskeleton to split and shed while chemical processes of molting cause the new exosketon to expand 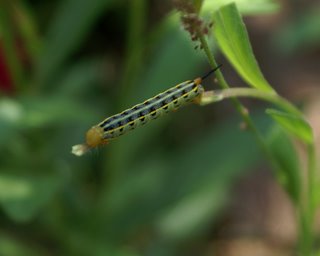 . Truly amazing feat of chemical and structural engineering. It would be an interesting experiment to record the mass of the caterpillar pre- and post-molting . . . the post-molt should be lighter contrary to appearances. That is if it hadn't eaten it's molted cuticle yet!
Posted by vanessa cardui at Thursday, June 01, 2006