Bad luck among the parasitised 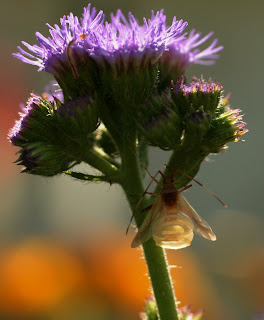 Parasitoids are small or tiny insects, often wasps, which lay an egg or eggs on or in another insect so their developing offspring can use the body of the living host as food and shelter. The process kills the host when the parasitoid leaves the body of its host. This result, unhappy as it is for the host insect and as much as it reminds the human observer of the most unpleasant parts of the Alien films, is an important component of the 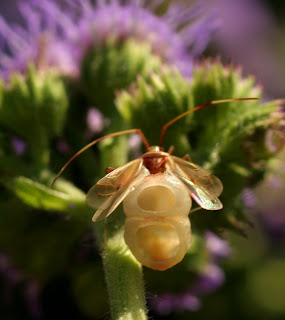 I found this parasitised bug (some species of mirid bug) hanging from an ageratum plant in the early morning dripping body fluid from its ruptured abdomen, and still alive. This is the second one of these I've seen, but this unfortunate victim had two unwelcome passengers instead of just one. As the day progresses, the abdominal cavity dries up and shrinks, and the bug dies. 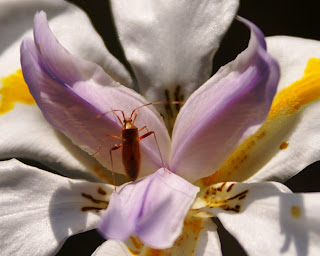 The last picture is a mirid bug in its normal state.

This site lists and pictures some parasitoids; peristenus digoneutis uses mirids as hosts and could be the suspect in this case.

Assuming you are not a pest in need of control, I hope your Friday the 13th is refeshingly free of parasites, parasitoids, leeches, hangers-on, bloodsuckers and moochers.