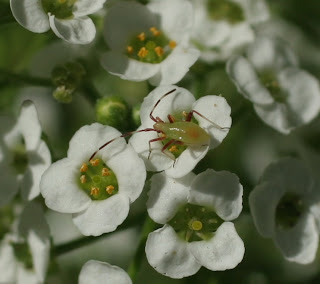 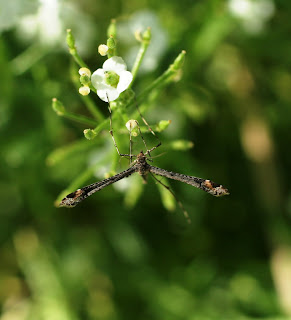 be hospitable to a large variety of creatures. This afternoon I took a five minute survey of who was home in the alyssum patch.

Pictured: several to many green stink bugs, a colorfully marked plume moth, a green and red mirid bug nymph and an ichneumon wasp. 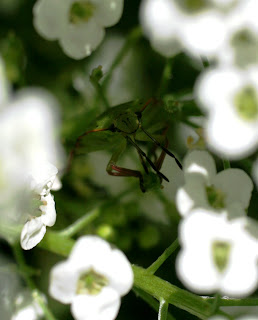 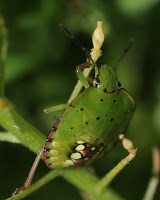 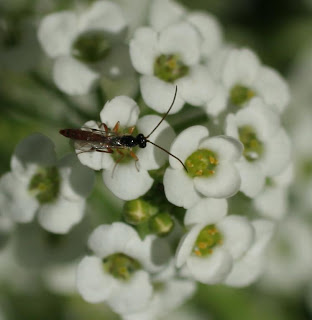 a tiny bright red bug nymph (could be almost anything!),
several black braconid wasps,
a green bottle fly,
some argentine ants,
lots and lots of minute pirate bugs,
and a quick brown jumping spider.
In the cooler moist environment under the alyssum canopy I found a thriving colony of Armadillidium vulgare.

Alyssum: It's easy to grow; plant some or just don't pull it out when it comes up as a volunteer.
Posted by vanessa cardui at Sunday, July 08, 2007