Milkweed Community #4: The Danger of Being Juicy 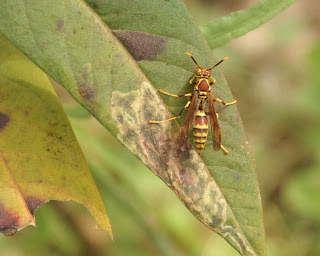 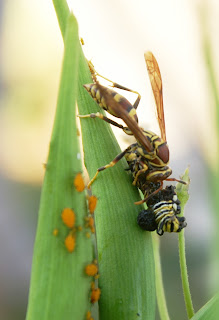 he other day a really fat caterpillar, the biggest one, was gone. A wasp kept circling the area beneath the plant where this caterpillar had been, for all the world looking like she had dropped something into the underbrush below. I found the damaged body of a smaller monarch on the ground but never saw any sign of the big one again. Maybe it survived.

Or maybe not. Yes, these wasps do prey upon danaus plexippus. I watched as one of them cut a piece from a medium sized caterpillar and flew off with it, presumably to its nest. 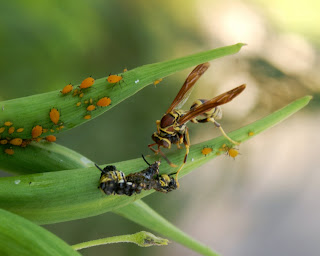