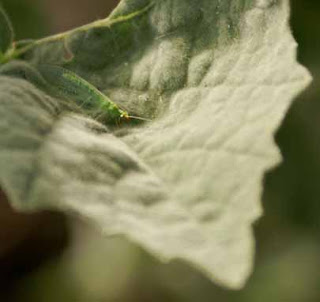 I have remarked on earlier occasions how the Abutilon palmeri attracts its share of critters. On this particular day I saw a green lacewing adult hunkered down in a fuzzy green nest. I saw lots of young green lynx spiderlings, too tiny or shy to photograph, on the leaves basking in the sun until I came along and disturbed them. Some bees were fruitlessly searching for flowers so early in the season. And I saw a dead honeybee, symptomati 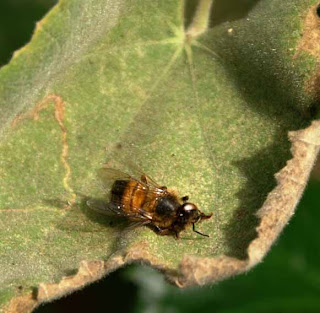 c of colony collapse disorder, finally resting on the outstretched palm of a leaf instead of being carried from inside her hive by an escort of her sister bees.
Posted by vanessa cardui at Saturday, January 12, 2008