The Magic of Angels and Gnomes 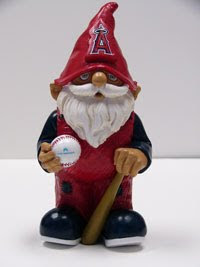 So on May 25 I headed off to the stadium to take in a mid-week ballgame, Angels vs who? . . . oh yeah, Toronto. There were a ton of people there, a sell out or close to it, all of them eager to drink beer, pray for a win, eat kettle corn, stay out a little late on a work night, and of course collect their free garden gnomes. The little guys were a surprisingly awesome promo giveaway courtesy of Kaiser Permanente, a health insurance corporation that I'm sure knows lots about the value of magical creatures. There were some gardening enthusiasts who showed up in gnome costumes; even a group of old bearded men (the OC Santas they call themselves) were in attendance, all in anticipation of little bearded men with bats and an attitude. Much to the gene 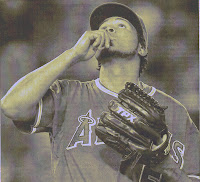 ral chagrin, however, the gnomes were nowhere in sight as we crossed through the turnstile. The official story was that apparently the shipment was lost or delayed somewhere in transit, possibly in the Pacific Trash Vortex. Someone in the Angels' organization, however, leaked photos of gnome sightings around the world, at the Eiffel Tower, in Egypt, on the Great Wall of China, even on the moon, so we do suspect a cover-up of the reality of a mass gnome escape.

As for the game itself, Angels won 8-3. Ervin Santana pitched a complete game, but even he seems to be looking for the gnomes at the end of the game. Some fans were still grumbling, especially when it was revealed that a few gnomes were in the hands of a privileged few, including the tv announcers. Not sure if Terry Smith got one. The missing gnomes got a shout out from the sports w

riters next day, and as time goes by seem to be taking on a legendary life of their own.

Anyway, the LA Angels of Anaheim promised they will send the gnomes out as soon as they are rounded up and I believe them because who wants to mess with the power of the gnome? Since the gnomes were a no-show, the Angels record (including the Game of the Gnomes) is W-15 L-4 as of todays sweep of the Dodgers. Wow. Could the Go Go Gnome be the secret ally of the Rally Monkey? You gotta believe in Angels and Gnomes.

Meanwhile my heart skips a beat every time I hear a delivery truck come down my street. The plastic, resin, concrete and creatures of various other materials that populate our garden are waiting in breathless anticipation of the newcomers' arrival; I've heard whispered plans being made, as I round the hedge, of teams of garden ornaments forming for moonlit baseball games.

Future teammates of the Angels gnomes, in no particular order (batting orders to be determined upon arrival of the new gnomes) include: 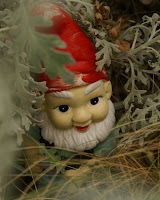 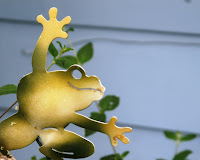 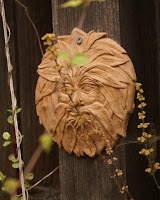 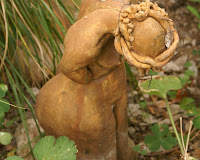 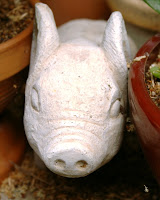 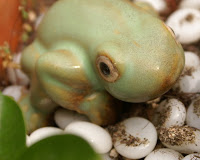 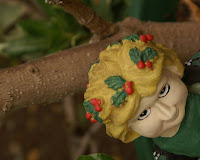 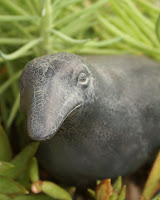 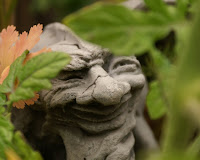 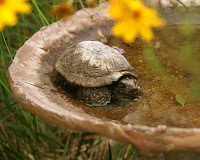 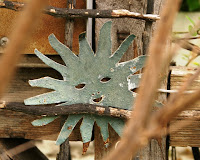 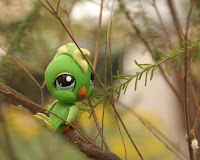 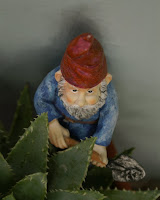 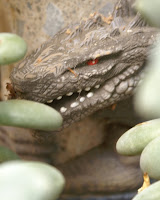 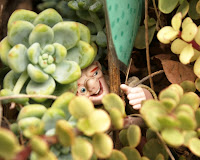 That is a pretty good line up you have there. Could be you can set up a fantasy ball team (no pun intended... well maybe intended)

I"m sorry you didn't receive a gnome. I knew NOTHING about the gnomes or the give-away, or the Angel's game, for that matter, but our neighbors gave me an Angel's garden gnome just the other day!
It's my first gnome.