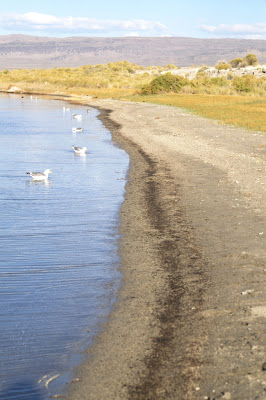 Mr. Cardui, myself and I took a quick jaunt up the eastern Sierra end of last month.  This time we toodled around the Upper Owens River area as well as Mono Lake.  Though Mono Lake and the Owens River are not hydraulically connected (Mono has no outlets; the Owens headwaters are just south of Mono) they each have played big parts in the water use history of the eastern Sierra.

This top photo is the shore of Mono.  The black line on the shore is comprised of gazillions of Mono Lake alkali flies, Ephydra hians, one of the very few organisms that can live in the waters of the lake.  The female traps air on her body hairs and walks under water along an algae bed laying eggs.  The larvae eat the algae and turn into, what else, pupae.  The native people of this area used the incredibly abundant pupae as a food source; they called them "kutsadi".  However, white people had established contact earlier with the Yokut people of the western Sierra, who traded with the kutsadika'a ("fly eaters" in their own tongue); these traders called the tasty pupae "Mono" and so that name stuck . . . easier to say, I guess.  The gulls (also seen in the top photo) feed on the flies in all their life stages.

Anyway, Mono Lake is really pretty and the flies are interesting bonus material. 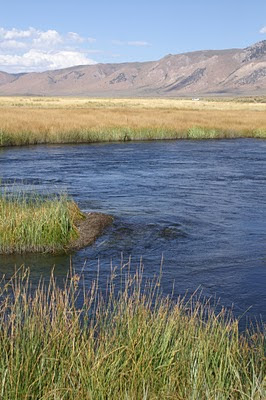 Flowing through a broad valley (Long Valley) and into Crowley Lake is the upper Owens River.  Lots of people fish up here, but I found these old bridge supports interesting.  Soon after this photo was taken, those clouds up among the sierra peaks started sprouting lightning. 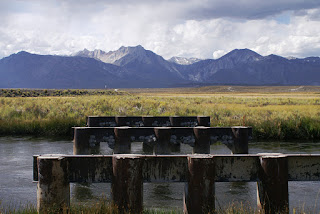 Lightning can be scary, and even more so the fires it often starts, but on Space Trash Day, I was way more freaked out about getting hit by satellite parts, so I took shelter under this antique hair curler at the Laws Museum in Bishop. 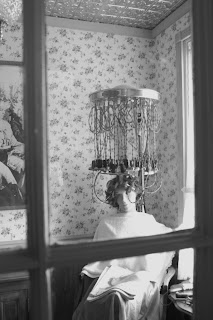 No that's not really me but this is: 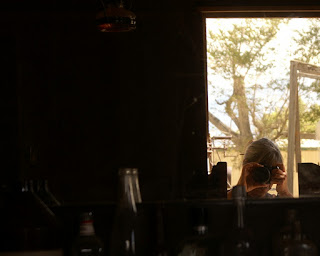 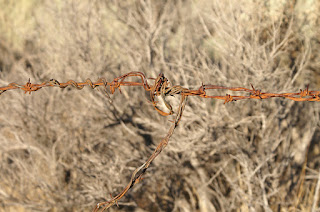 I encourage you all to visit the Owen's Valley and the Eastern Sierra as it is particularly beautiful this time of year and the residents could use the money.
Posted by vanessa cardui at Monday, October 03, 2011