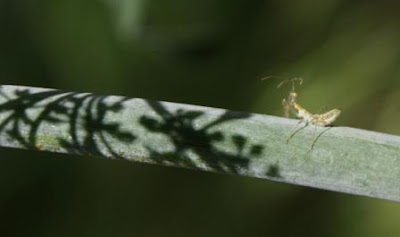 A recent survey of the parkway strip insect population amounted to a minor parade of species, heavily weighted in the Hemipteran catagory, including assassin bugs (Zelus renardii) in three stages of life.  The small nymph in the header photo enacts the stalking of prey among big scary shadows of fennel flowers.  Nearby an adult assassin displays a morsel stuck to its foreleg. 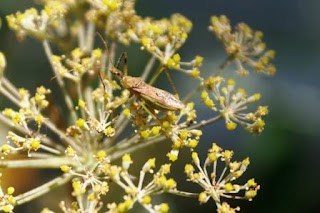 These guys use "sticky trap predation", secretion of a sticky substance on the legs which performs like the traps of insectivorous plants.

A little bit further away this cluster of assassin eggs rides a float crafted of leucadendron leaf.

The white bands on the antennae of these katydids identifies them as Scudderia furcata, strolling by along Salvia greggii foliage. 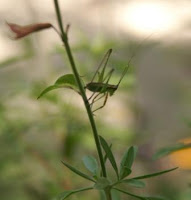 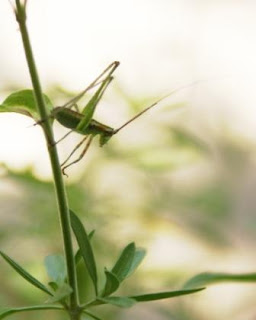 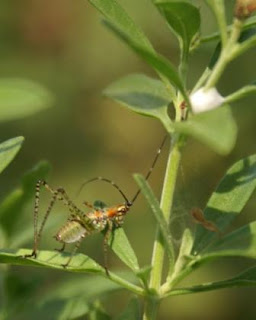 In the 3rd photo, a spittlebug hides within its spittle wad to the above right of the katydid's head.


Green stinkbugs, Nezara viridula, were in evidence represented by this 3rd instar waving from the spent flowertops of the salvia. 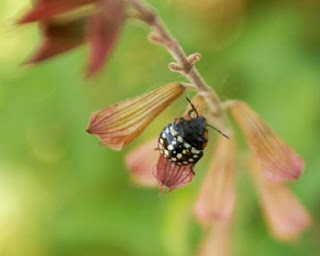 Two tribes of aphids represented their suborder Sternorrhyncha, arrayed in precision rows and waggling sometimes in unison sometimes out of step.  Large groups of placard-less (aka yet to be identified) aphids lined up and down the stems of cosmos.  A couple of ants patrolled the ranks of aphids. 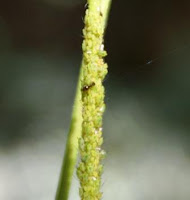 And the ever-popular Aphis nerii glow bright yellow among the milkweed. 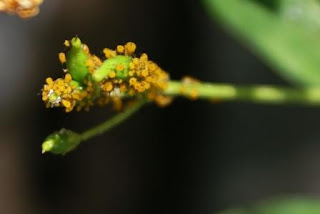 Ladybug eggs, similarly outfitted in gold/yellow, dream of the day they will feast on said aphids. 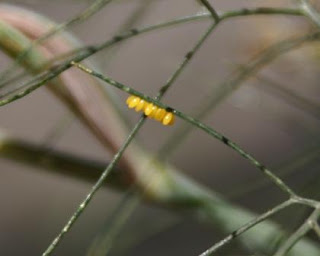