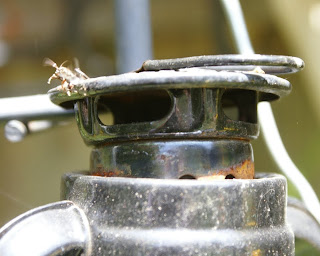 After the robber fly encounter, I was recovering my composure and a stable squatting position when I noticed a smallish (maybe 1/2 inch) wasp land on and enter the top of a kerosene lantern that hangs off the wire rack twig mimic featured in the previous post. I figured this wasp was hunting spiders inside the lair formed by the lantern cover and the openings of the vent. There are spider webs there. Can the wasp see the webs, or is it programmed to hunt in small crevices and dark places where spiders of the desired sort are likely to be? 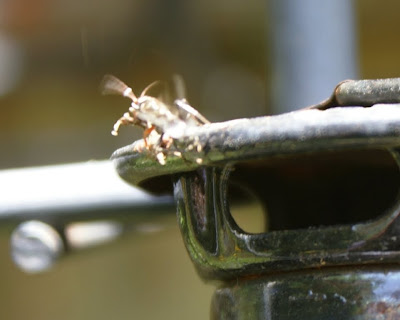