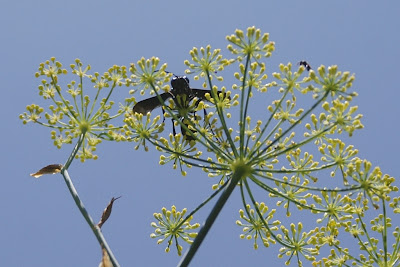 With the buckwheat and the fennel both in full bloom, nectar feeders of many stripes and colors are being attracted to the back 40.  On a recent day I noticed a large black wasp up in the fennel among the flowers.  Using Natural History of OC as my reference, I'm thinking this is a member of genus Palmodes, a thread-waisted wasp.  If so, the female stocks her nest with katydids.  Possibly woe to those cute microcentrum californicum I saw earlier in summer. 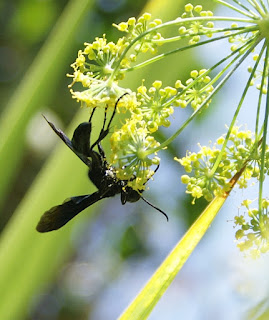 Anyway, this large wasp spent a lot of time among the flowers, occasionally being harassed by a polistes or mud dauber. 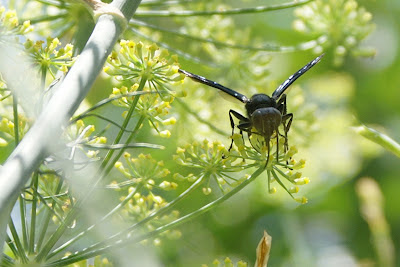 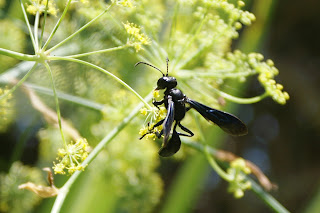 Another unfamiliar wasp caught my eye among the buckwheat flowers.  NHOC has a photo posted that looks exactly like this, labelled Campsomeris pilipes. 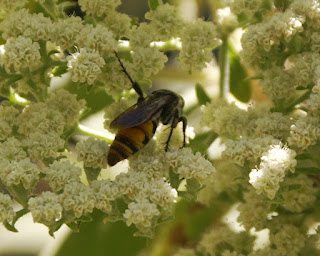 The larvae of this species is said to parasitize ground dwelling beetle larvae such as Japanese beetles; maybe green peach beetles? 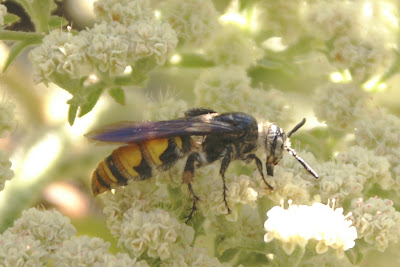 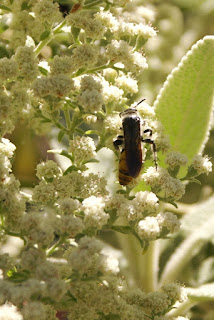