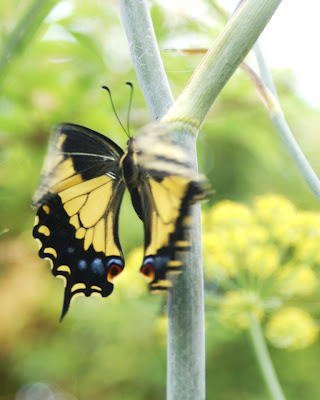 So a few days later on July 10 the second Papilio zelicaon butterfly emerged from its chrysalis high up in the fennel. 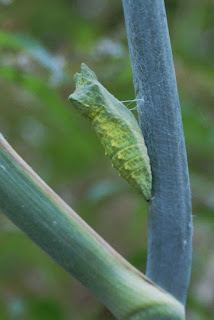 It's weird . . . last year there were two anise swallowtail caterpillars that survived to pupa-hood, and one of them pupated in the fennel where they all grew up and the other one climbed down out of the fennel and back up the same nearby Eriogonum giganteum as this one before strapping itself to a V shaped branch joint and making that final molt.  Are behaviors genetically programmed; and if environment plays a larger part in pupation-site selection what condition, just a few days apart in mid-summer in sunny southern California would have stimulated one cat to wander while the other one stayed put . . . or vice-versa. 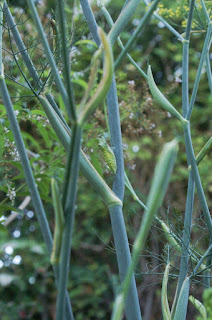 Anyway, three days before this emergence I saw an assassin bug (Zelus renardii) that appeared to be attempting to predate the chrysalis.  Suddenly the pupa twitched violently and the assassin bug gave up and flew off. 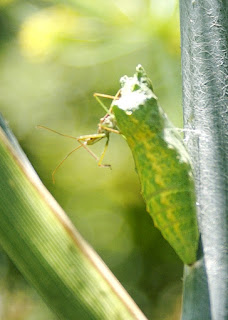 The chrysalis was safe to continue ripening to a butterfly.

Luckily I was out and about fairly early when this one eclosed . . . at just past seven a.m. I found it with wobbly wings still close by its empty chrysalis. 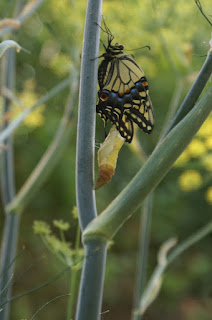 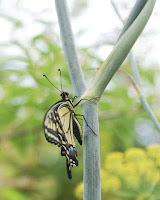 In just a few minutes it had climbed several stem joints up the fennel toward the sun. 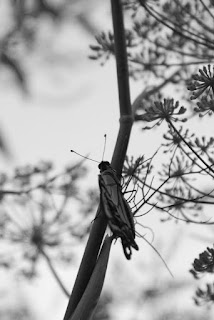 Leaving its empty shell behind to dry and crack. 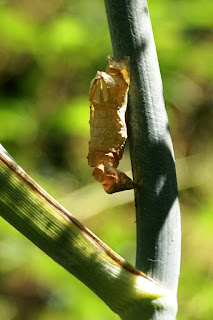