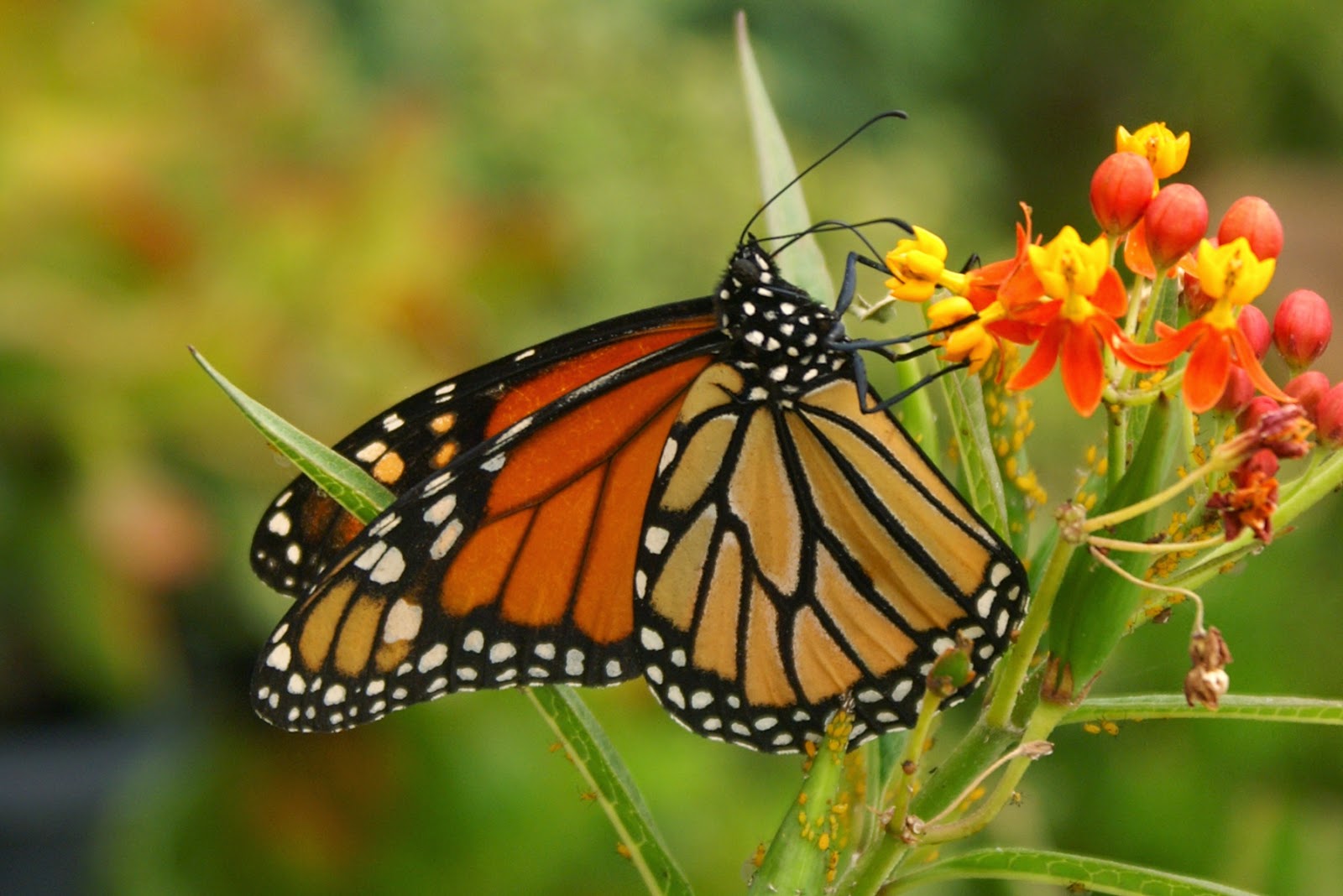 Back in winter 2012 I posted about a monarch butterfly deformed upon emerging from its pupa.  I went on about how maybe the winter timing of its emergence had something to do with its deformity or difficulty eclosing.

This was clearly incorrect as the butterflies, and all of the caterpillars mentioned in that post as well, was infected with the OE parasite (Ophryocystis elektroscirrha).  The caterpillars ingest the spores of the parasite as they feed, which have been deposited there by their infected mother as she laid the eggs.

In an earlier post I was observing massive population of caterpillars decimating the milkweed, which had also been less than vigorous for some time at that point.  There was also a weak emerged adult in that post, likely a less severely infested victim of OE.

Turns out that winter 2012 was the peak of our OE infestation.  The emerging adults were so heavily infested they were unable to mate and reproduce, resulting in population crash.  I also removed all of the milkweed in January 2013 in the interest of preventing the spread of the parasite. 2013 there were zero monarchs about the estate.  At the house across the street, a lush stand of milkweed started up mid year and this adult emerged apparently healthy. 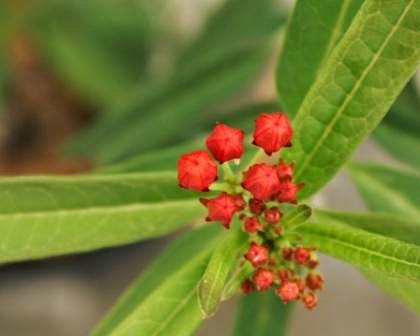 Through 2014 the milkweed stand across the street has prospered along with the monarchs and milkweed bugs.

In spring I found a pupating monarch on a new seedling milkweed in my own parkway strip, which later successfully emerged.  So perhaps the OE has ebbed.  Does population density play a part in the intensity of the infestation?  I think removal of milkweed supporting infected populations may be a good idea but also being aware of the signs of infestation although in light infestions there may be no indication short of microscopic examination. 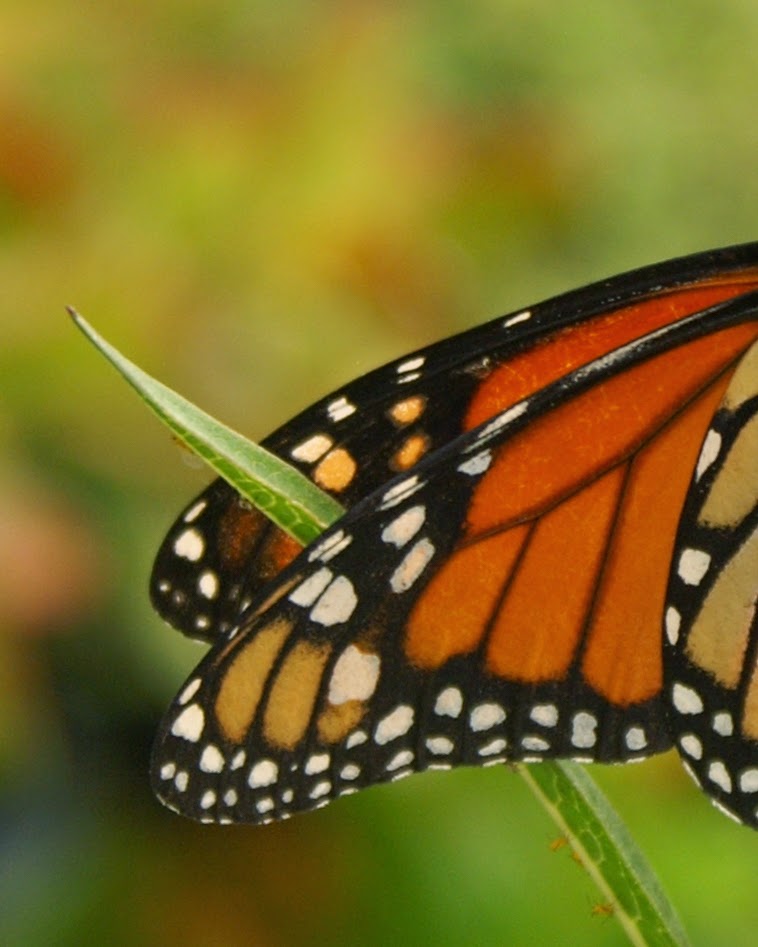 How do you know they were infected with OE?

Well, I don't know for certain, in that I did not tape the butterflies and inspect the spores with a microscope. But based on their appearance (black blotchiness on caterpillars and adults, spots on chrysalis), failure to eclose successfully followed by general decline in population I theorize that was the problem. There are some good descriptions and pictures on various websites.