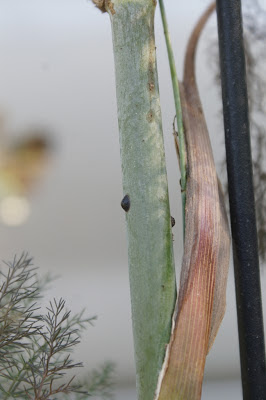 Ye doggies, I've been doing this for 8 years now?  Time flies when you're geeking out over bugs.
Anyway, it was a clear and cold middle of the day on the solstice and these were my finds: 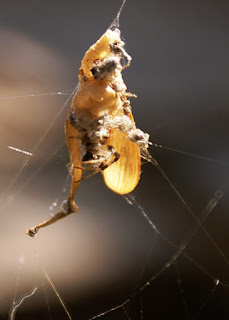 These gals are so cute with their huts made of local-sourced building materials! 1 Anystis baccarum, predatory mite aka whirligig mite.  I interrupt this recitation to clarify that this count does not by any means purport to be an exhaustive nor complete inventory of the buggies on my estate.  Seeing and recording just the one mite running crazily over and under the concrete birdbath in the front garden merely indicates that the species Anystis baccarum is represented, albeit thinly, in the fauna on this particular day.  Probably there are many more of them . . . somewhere.  Or, their eggs.  And that goes for all species listed here . . .
Lots of Aceria granati, pomegranate leaf curl mites.  I haven't yet solved this pest problem on my poor poor pomegranate tree. 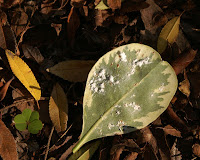 100s mealybugs adult and nymphs on the pittosporum and Juan's aeonium.
Lots of pittosporum psyllids on, what else?, pittosporum.
1000s Aphis nerii, oleander aphid, covering the nearly bare stems of the milkweed plants.  Winged and wingless forms were both plentiful. 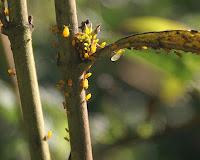 10 or so scale insects on the fennel.  Often the ant colony that lives under my neighbor's parkway strip sends troops north along the gutter to this fennel plant to harvest honeydew from the scale ranch they operate here.  This day no ants were at work in the fennel, however.
3 small black-ish leaf hoppers, maybe Scaphytopius sp. 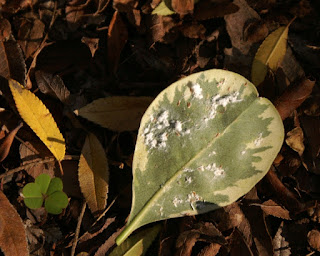 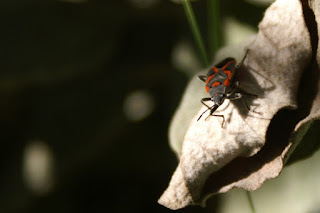 Just One of each of the following true bugs:
small milkweed bug, Lygaeus kalmii; 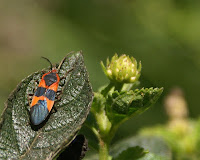 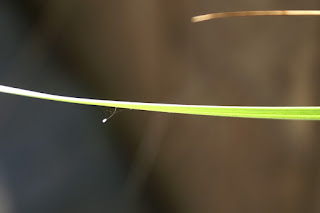 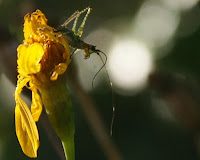 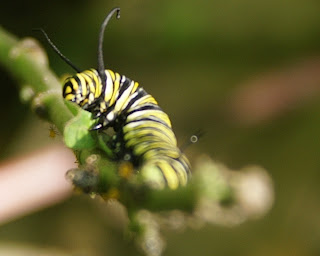 Some of the caterpillars are dark-looking.  Are they infected with OE parasites?  This website describes some findings that suggest caterpillars that are dirty-looking, have indistinct stripes or malformed "antennae" could be signs of infection.  Other sources agree that monarch caterpillars are normally often darker colored in winter so they absorb more heat from the sun.  It would be nice to know.
7 Stigmella rosaefoliella mines on rose leaves . . . Rose leaf miner.  This is a first observation of this in my garden.  The mines, which are remarkably similar in shape to each other, are the result of the feeding of moth larvae.  Here is an image of the moth. 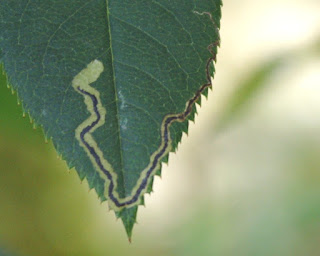 DIPTERA--Flies!
1 Green bottle fly, Lucilia sericata.
3 Flesh flies of some sort, Sarcophaga sp.
10 Syrphid flies, Allograta obliqua.  These guys are so attractive, and it's nice to see them on the job parasitizing aphids. 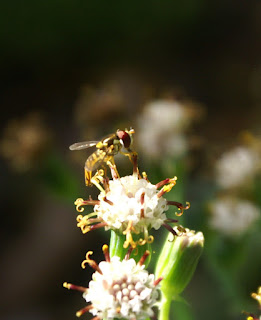 And, several to many different types of unidentified flies.  One of these looked lot like boatman fly, but wasn't. 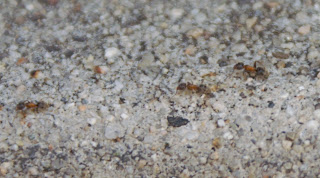 100s of ants.  Still don't know what species these are.  The typical worker is larger than an Argentinian; has reddish thorax and darker head and abdomen.  They stream from and back to the colony entrance under my neighbor's parkway into our yards and trees.  Often they climb onto my foot, and end up biting me.  They smell strongly (to me) of ANT.
3 Apis mellifera, honey bees.  This one is nectaring at the one red buckwheat (eriogonum grande rubescens) flower unseasonably available . . . Why? 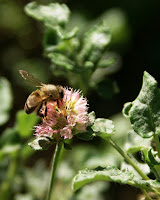 Where did all of them go that were swarming the willow wattle just a few days ago?
1 Paper wasp, polistes exclamans. 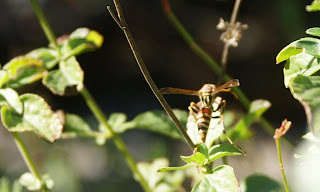 Quite a few empty nests of same or similar. 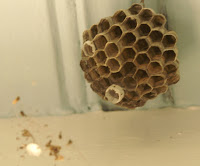 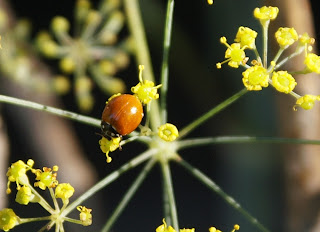 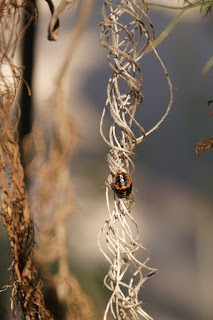 and one ladybird larva that appeared to be consuming another. 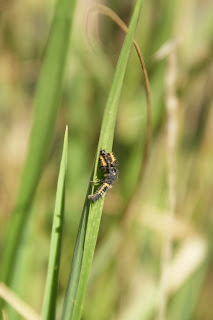 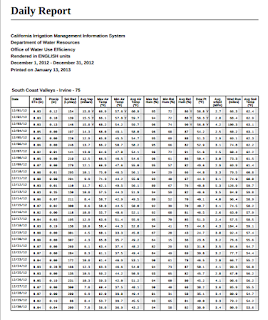 But closer examination of the daily data reveals we had a freeze or near-freeze the two nights preceding my bug count.  We know that freezing temperatures (or in our case, the lack of them) effects pest insect population spread.  Could two nights of just barely frost have a noticeable effect on insect activity in my garden?

The gutter to this fennel plant to harvest honeydew from the scale ranch they operate here. Insectfree.com