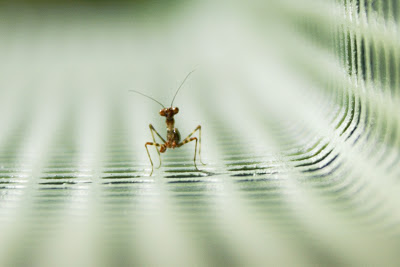 Lots of photos left over on the jump drive from 2012;
Stagmomantis californica edition.

As the new year began one of the 2011 mantises was found celebrating on a C7 holiday bulb.  Cheers, and happy new year 2012. 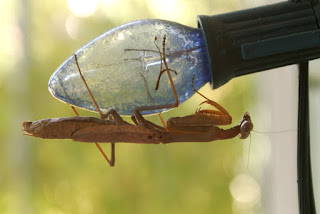 Another adult was playing hard to get among Juan's aeonium a little bit later in January.  The days grow steadily longer but the big mantises disappear. 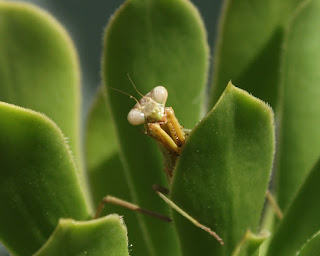 In March I started seeing tiny ones in various places.  Last photo taken in June, among the grass of June.  Then, a complete dearth of images until after Halloween. 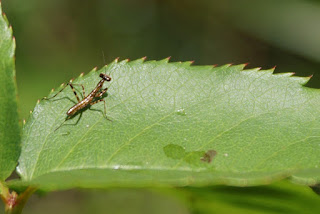 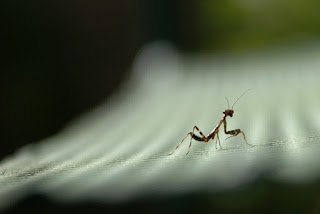 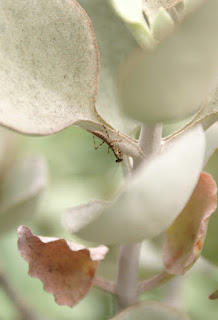 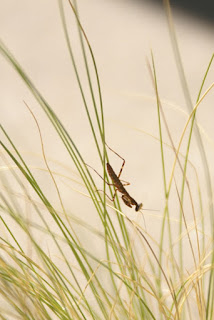 In mid-November, as visions of upcoming Thanksgiving turkey danced in our heads, the succulent mature mantises reappeared from among the shrubberies.  This beauty showed up on a rose across the street. 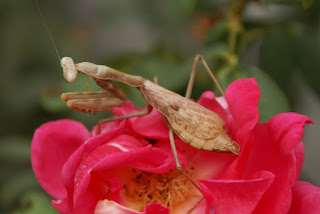 A few days later this one made an appearance on top of the recycle bin. 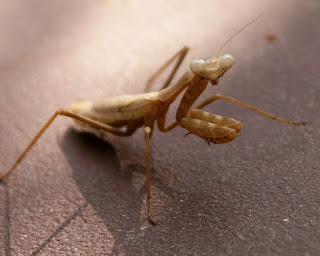 Could this have been the same one from the rose, having hitched a ride on my shirt the other day? 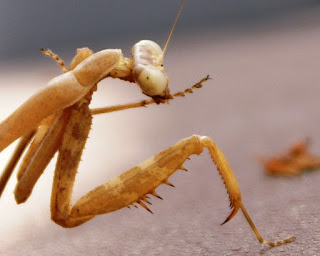 A few days passed and no sign of them . . . back into the shrubberies to arise again as a January surprise in 2013?  We can only hope.

Toooo creepy for me. They look like sentient alien beings! I'm getting better with bugs, and in theory I'm really cool with the all, but I still jump when jumped upon! Wonderful photos! Photos I can deal with - reality - hmmmm.... not so much maybe!