The elusive yet impossible to miss male carpenter bee, xylocopa varipunctata, made a brief appearance in the g 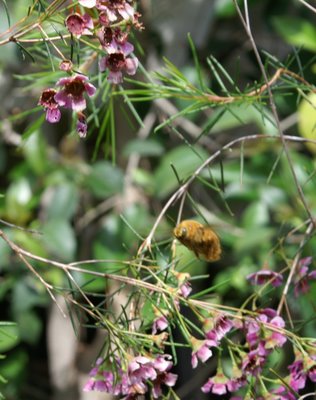 This male bee spent no time while I was watching feeding at flowers. By contrast 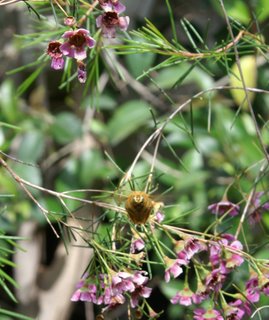 the females spend most of their time when not at the nest feeding.
Posted by vanessa cardui at Wednesday, May 03, 2006

Great shots, especially the second one where he's coming right at you!

So that's what those are! I have seen these little guys and wondered what they were--thanks for enlightening me!