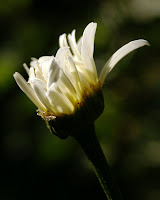 The long-awaited first shasta daisy of the season slowly unfurls its petals over the course of several days. At last, it is fully open and working its magic on the local insect population. Eager to be the first to bask in the glory of the daisy's pollen rich disk, this unidentified yet determined bug sets off to scale the soaring 40" summit.

This is a nymph of some plant-eating bug species in the Mirid family (Note: later identified as Creontiades rubrinervis); its quest for glory, though unspecified, has not gone unnoticed. 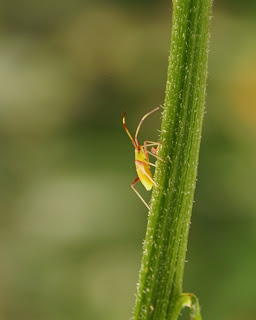 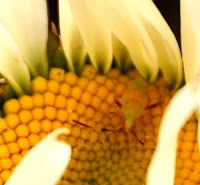