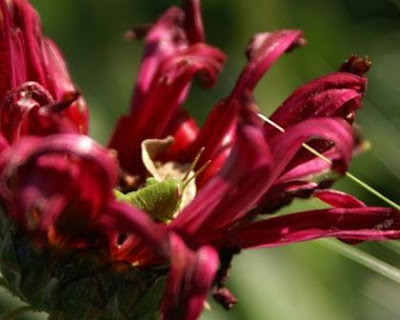 It's leap day so let's get with it by celebrating orthopterans, those insects of the hyper-hind legs developed for leaping. Insects of the order orthoptera (grasshoppers, katydids, crickets) go through incomplete metamorphosis on their way from egg to breeding adult. The in-between forms, called nymphs, look very much like the adults except for size, wings, and sexual maturity. Since they can't fly and are kind of small to fight they rely on their leaping ability (and cryptic coloration) to escape predation. 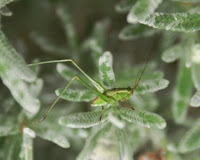 Here we have a young schistocerca nitens, greybird grasshopper, peeking out of an arctotis daisy; a young forktailed bush katydid (Scudderia furcata) smelling the lavendar; and a tiny young broadwinged katydid (Microcentrum rhombifolium I think) which is a new species to me and my yard. 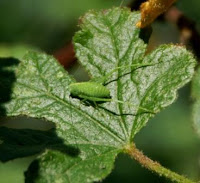 Last is another greybird, let's call him Shadow of His Former Self, who lost a hind leg sometime before the middle of January. I have been keeping track of him to see how long he survives with just half a hop 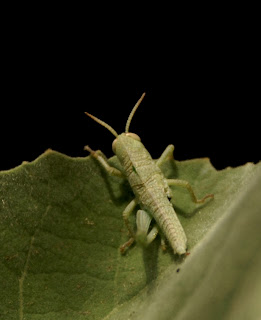