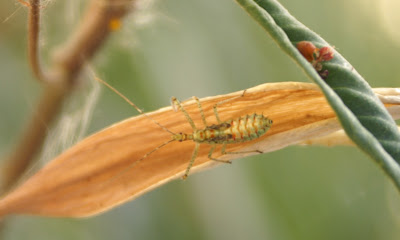 Like many predator species in the garden this summer, the assassin bugs (these are Zelus renardii) have not been plentiful.  I like to think this is due to the large hunting wasp populations which may have both preyed upon these other predators and snapped up the majority of available prey.  However I have no proof except my own heresay. 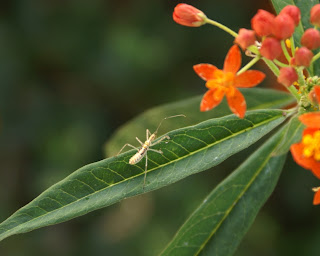 Now the paper wasps (polistes apachus) were cut down 5 weeks ago, and suddenly there is an explosion of assassin bugs of various stages of development.  Coincidence? 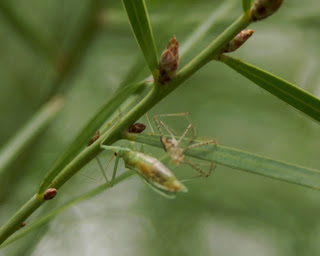 On a recent misty morning I found a freshly molted adult.  In this picture this individual with its unhardened celadon exoskeleton forms a triad with its cast-off shed and another younger assassin bug among the angular branches and leaves of the acacia iteaphylla. 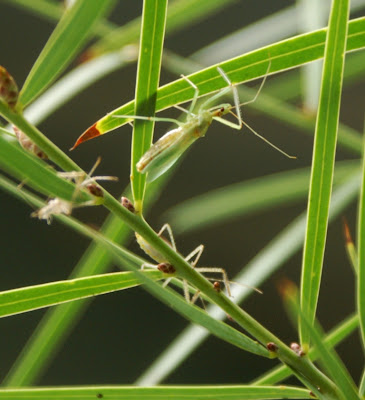