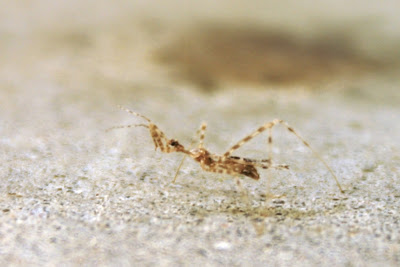 So I took another look under the bench on the front porch, to see what if anything the Pholcus phalangioides was up to but the spider was not to be seen.  Instead I noticed something else, a bunch of loosely connected brown blobs and stripes teetering and jerking along on four very long legs.  Turns out to be genus Stenolemus, maybe S. lanipes, a gossamer assassin of the thread-legged subfamily Emesinae. 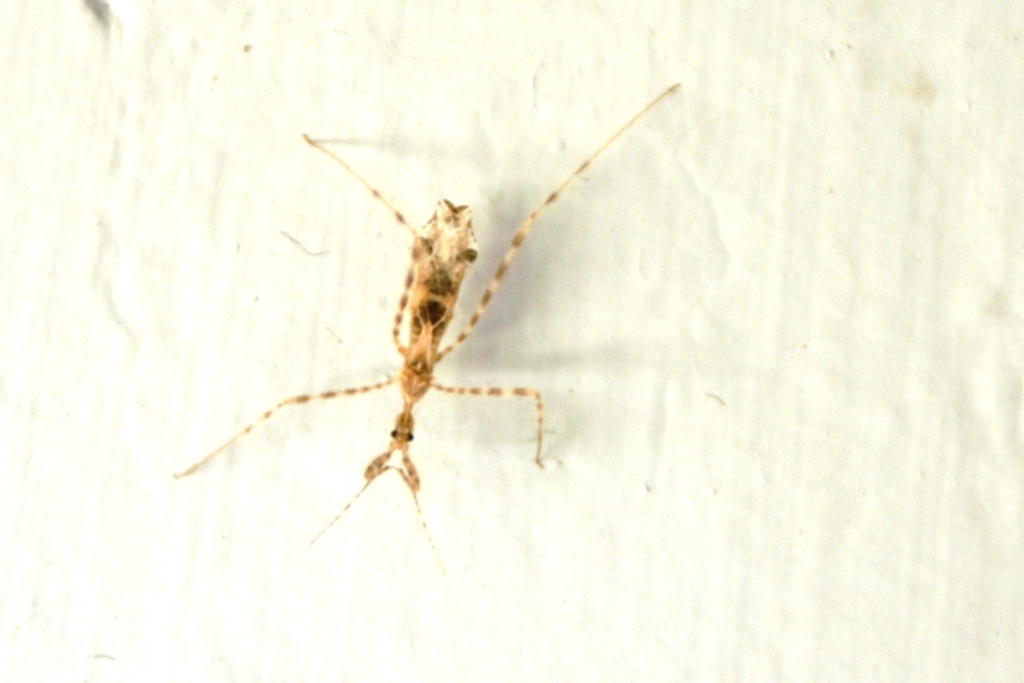 It's hard to appreciate from these poor photos how the body and legs are comprised of dark sections connected by nearly transparent parts, giving the creature a delicate appearance not unlike a collection of detritus tied together with spider silk.  These guys hang out in and around spider webs, feeding on either the spiders themselves and/or tidbits of prey found in the webs (the evidence is inconclusive and I'm not sure which species this individual is).

It was surprisingly hard for me to photograph, lying in the poor light under the bench as I was, as it moved at a steady pace of sudden jerks on those long legs.  It walks on four legs and holds the front two out front similar to mantids, using them to capture and hold prey.
Posted by vanessa cardui at Sunday, October 03, 2010