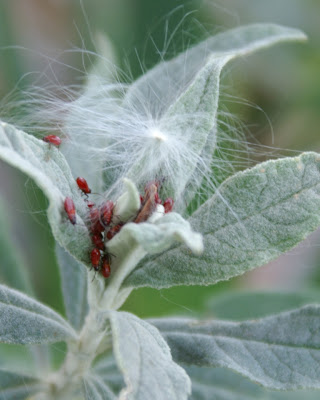 I did the count on two consecutive days straddling the astromonic solstice, the 21st and 22nd of December. Both days were sunny and relatively calm compared to strong winds we had been experiencing.  According to CIMIS the daytime high temperatures were in the low 60s both days with night lows around 40, that is in Fahrenheit.  So a typical southern California winter's day. 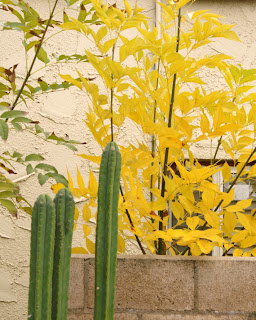 First, a note about temporal accuracy in the bug count.  I was tempted to include a large female adult orb weaver spider, Neoscona crucifera, in the count.  I saw her on her web high over the strawberry tree on 12/20; a rarity this late in the year.  Next day a fresh web was still draped over the garden path but no spider there to be counted; and she hasn't been spotted since.  Likewise but conversely, the mantis that arguably is the star of this year's count was present and counted on the 21st, but has not been seen since; possible her dead body fell from the fence into a bunch of leaf debris which was raked up on the 23rd just in time for the holiday weekend.  If a presumption of death on both counts were true, what is the significance of a mantis living one winter day longer than an orb weaver?  If the presumed deaths did not occur and the creatures were simply not available be seen . . . well I never said I see everything there is to be counted, but I count (or at least estimate) and report everything I see:

ARACHNIDS
Lots of spider mites on the mint and the lippia graveolens.
1 tiny orb weaver, possibly Neoscona crucifera but too small for me to ID
1 predatory mite, Anystis baccarum.  They cruise around on wood surfaces looking for . . . something.
? Pomegranate leaf curl mites, Aceria granati.  There is still leaf curl evidence on the pomegranate, but not sure whether the mites are still kicking.
7 Funnel web spiders, Hololena curta, sheltering under my front porch. 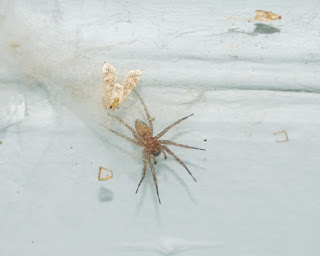 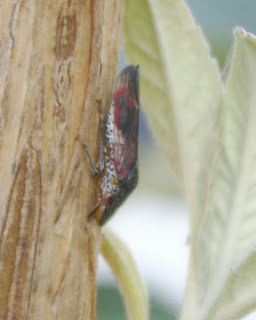 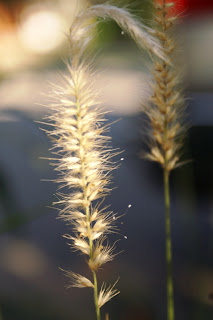 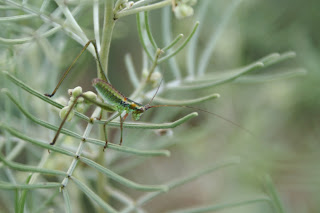 20 or so small green thrip-shaped items that scurried out of the gerber daisy disk when I disturbed it.
1 California mantis female, Stagmomantis californica 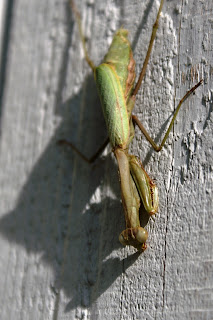 1 Cloudless sulphur (Phoebis sennae) floated overhead among the tecomara blooms,
1 Monarch (Danaus plexippus) joined in the floating in the sunshine.
21 monarch butterfly eggs on the milkweed and
1 tiny just hatched caterpillar of the same species.
2 unidentified larvae living inside gerber daisy flower disks
5 Fuller rose beetles, Pantomorus crevinus.  All found on the feathery cassia curled up among flowers.
100s of ants.  These ants seem to live on or near the bronze fennel and tend the aphids living there.  But they also stage forays down the parkway, across the sidewalk, up the driveway, and into the soil of my neighbor's yard. 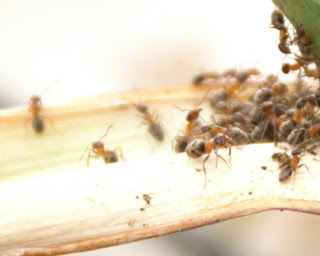 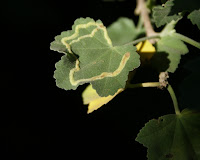 wow- its much buggier in southern california this time of year!
i'm wishing you a happy new year full of delightful buggy surprises.
cynthia

Great idea, I'll join in next year. I photographed around those days - got more beetle spp than you, Chrysomelids, Cuculionids, Tenebs. Also Orthoptera (Angle-winged imago, Meadow k. nymphs, Tree crickets, Schistocerca, Bandwings) and Hemiptera, Spiders. My mantis was a Ground Mantis, and it did die before xmas. Leafcutter Ants are the most active ants, Polistes aurifer, Syrphids, Bombiliids...
Anyway, Southern AZ and Socal are pretty similar weather-wise in winter until our deep freeze hits, sometimes...

Such gorgeous photos you have. :)
www.nannicoc.blogspot.com
Bethany