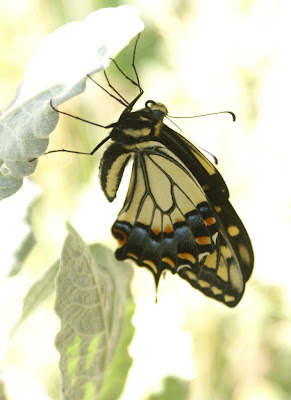 Way back at the end of May I noticed anise swallowtail eggs on the fennel.  Yay.  There was hope this year some of the caterpillars would survive to adulthood and lead to an eventual breeding population of Papilio zelicaon on the estate.

Since then the caterpillars hatched (about June 7) and proceeded to grow from tiny bird-poop like blobs to the magnificent fully grown fatty seen here. 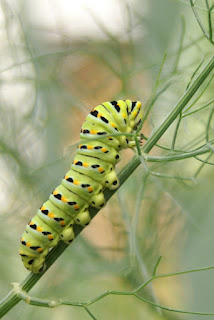 A caterpillar went missing until I found it preparing to pupate on the nearby St. Catherine's lace (Eriogonum giganteum) on June 25.  It was fairly well camouflaged by the patterns of the felty leaves.

You can see the silk support girdle wrapped around the fat middle and attached to the buckwheat leaf. 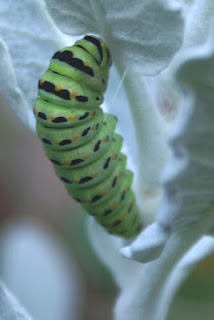 And yesterday the adult butterfly emerged from its chrysalis, at first moist and crumpled looking but quickly expanding wings and climbing up the branch until it finally, 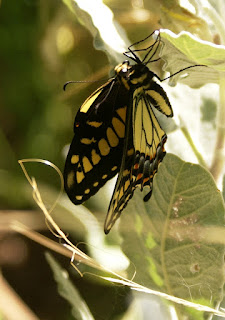 while I was not looking, flew off leaving behind its former shell glowing in the buckwheat. 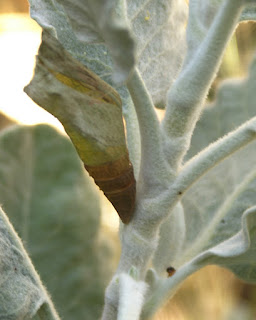