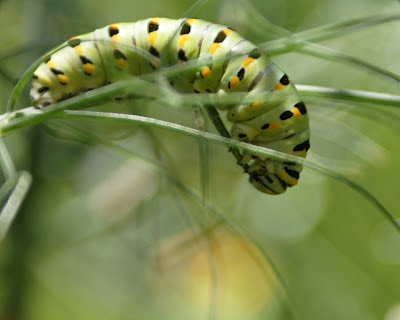 I was moving the hose around the back garden to ensure the crops of flowers and stuff didn't expire in the stifling heat we've been having when I happened to notice a little caterpillar on the fennel, about eye level to a 3/4 pint gardener.  Being in the fennel, it's natural for this little guy to be Papilio zelicaon Anise swallowtail but I am excited to see the second generation of the summer growing on my fennel plants. 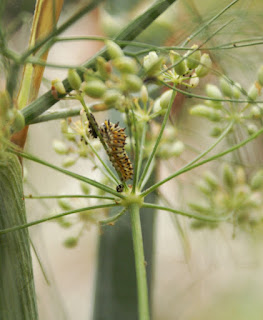 The little guy, a third instar (two molts after hatching), was observed on Aug 24; it looks like it had recently molted, the crumpled old self there by its head.

The fully developed fifth instar chubby seen stuffing its tummy was taken today, 8 days later.  The difference in size between these stages I would estimate at about, oh, between 1000% and a whole bunch. 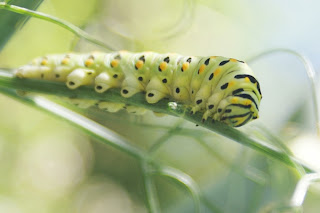 That's a lot of chewing and metabolizing. 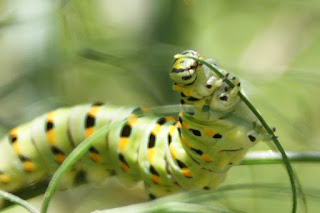 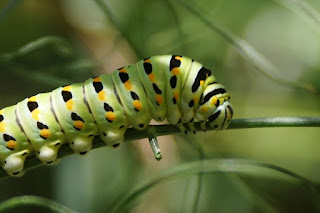 I don't know how anyone doesn't think they are beautiful. I want some fabric made with that gorgeous pattern and colors!
Cynthia