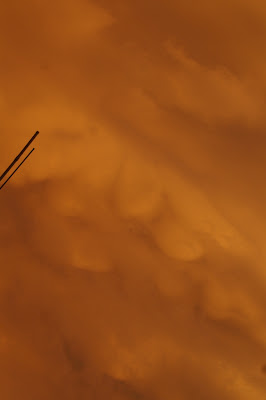 This morning I got out of bed to a house filled with deep yellow light: streaming through the windows and skylight; turning everything outside to copper-bronze.  Apocalypse:  NOT.

A thunderhead had formed directly overhead and the top of it, unseen to us below in the shadow, was being illuminated by the rising sun.  Is there a name for this particular kind of light?  Do we have a word to sum up the condition of the air surround vibrating with sulfur? 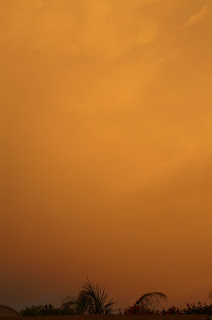 I stood around gaping for awhile, snapped some photos, then noticed the airliners from John Wayne had reversed pattern and were now taking off in our direction to the north.  Away from the weather disturbance apparently.  NOAA radar map confirmed there was a large red cell directly south of the airport at 7:08.  The sound of the jet engines, so different when taking off than when gliding in, added to the general eeriness. 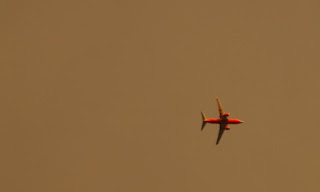 After awhile a rainbow grew off in the west beyond the back fence; 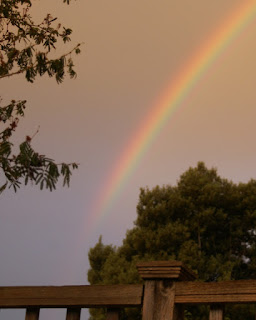 then I noticed this pair of katydids (Scudderia furcata), of uneven development stages, was caught up in the yellow-ness.  Then a little rain fell.  Nice. 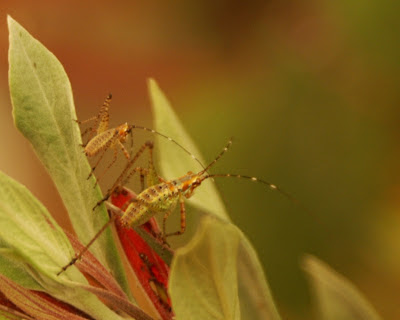