I Am the King of the World 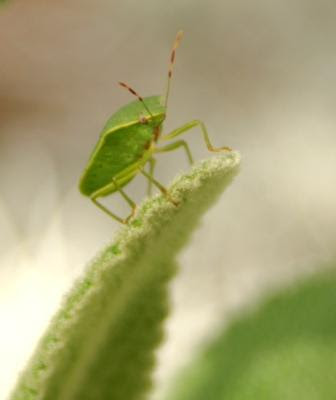 So that other guy came in first, but that does not mean there aren't plenty of other good looking green stink bugs (red banded antennae=nezara viridula, prolly) pulling out all the stops and putting in fine stink bug performances all over the garden. During last year's stink bug invasion we found the buggies concentrating their efforts on one garden species, the arugula of the historic costume epic. This year they are spreading their wings so to speak, and tackling a wider spectrum of genres including the senecio noir, the artsy and independent phlomis, the romantically comic daisies. The stinkers are almost a full month earlier than last year, but so far there have been no lo 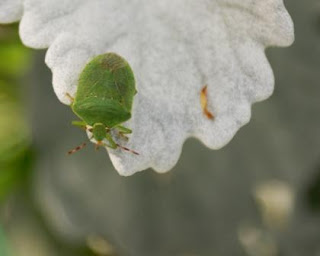