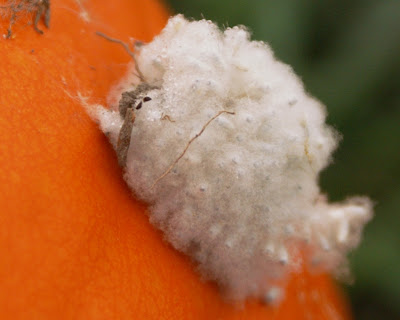 And there were a few bugs mixed in among the pumpkins. 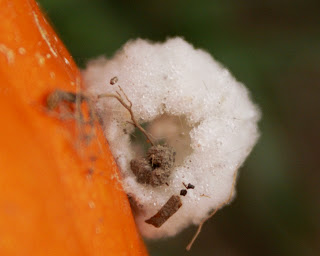 The first thing we came across was a white fuzzy mass on a pumpkin fruit.  You can just see in the photos the mass is made up of cylindrical bodies surrounded and connected by white stuff.  The mass is hollow and just loosely attached to the pumpkin skin.  The best theory I have is these are parasitic wasps that had pupated out of a caterpillar that is no longer there (leaving the hollow area behind).  Just a guess. 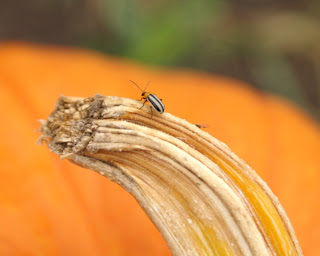 Then a striped cucumber beetle, genus Acalymma, showed its stripes on a pumpkin stem.  These beetles are pests on pumpkins as well as cucumbers. 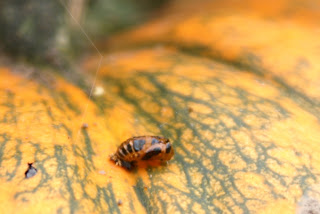 Back home, I noticed this ladybird beetle pupa.  In the pumpkin field I had seen some ladybirds but they were too fast for the camera.  This one, not so much.

We saw a few other types of beetles but they too were fast and scurried away into the mass of pumpkinness that defines Pumpkin Fest.
Posted by vanessa cardui at Sunday, October 17, 2010